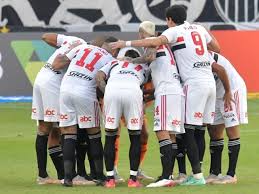 Round 26 of Serie A will see Sao Paulo hosting Ceara at Estadio do Morumbi. It has been a season full of upsets for both the Brazilian clubs who will miss out all the South American competitions if things stays the same and they don't improve their position on the table. Sau Paulo have drawn their last 5 games and will be desperate for 3 points here. 3 of those games ended 0-0 and the other two   1-1. While Ceara have a win in their last 5 games against last placed Chapecoense but they had to face lose in 2 games. Like their opponents for tonight , they also have only scored 2 goals in last 5 games. Both the teams need to improve their offensive strategy and we are in for a good game of soccer. All of their last 7 H2Hs have seen Under 2.5 goals and last four ended 1-1. I think we will see a similar result tonight.