Two Argentinians, 21-year-old Diaz Acosta and 19-year-old Torres, play SF here. Diaz Acosta seems to me a little further with his game and career and with a slightly better game. Diaz Acosta was in the final last week, now beating Folliot and Sakamoto in 2 sets. Torres had to go to 3 sets both with Luz where he won 67.64.64 and with Vidal (46.64.63) In 2 matches he lost 9 times service from 21bp (Diaz Acosta 3x from 9bp). He lost to Lama in Buenos Aires and I see Diaz Acosta as better player than Lama.

Diaz Acosta is a better player for me at the moment, Torres had difficulties with weaker players and I beleive Diaz Acosta should handle this

Heller, 29, doesn't play badly here at all, so I'm surprised. I only had him as a clay court player, but he played 2 matches here and both won easily. Yesterday with Sigsgaard he was clearly better and won 62.64 and returned to him last week's defeat when he lost 16.75.62 but led 61.53 ..

His opponent had tough match with Cottino in the 1st round and won only after the fight 46.63.64 when he was down in the 3rd set and just was complaining all the time. And Rikl didn't start in round 2 so he won without a match.

I don't think Haerteis is in best shape and Heller is difficult player as he returnes many balls so I see here a good chance that Haerteis will make many unforced errors. They played clay in 2018 and Heller won 61.60 but it has no weight here. 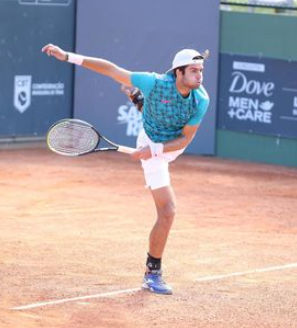