Zack Collins has scored 1 run in his last 11 games. He's batting .053 since being called up to the majors on September 13. He has never faced Reds starter Chase Anderson, who has been pitching well lately. He's given up 4 earned runs in his last 4 starts combined and has a 2.16 ERA in those starts. Draftkings has this listed at -195. 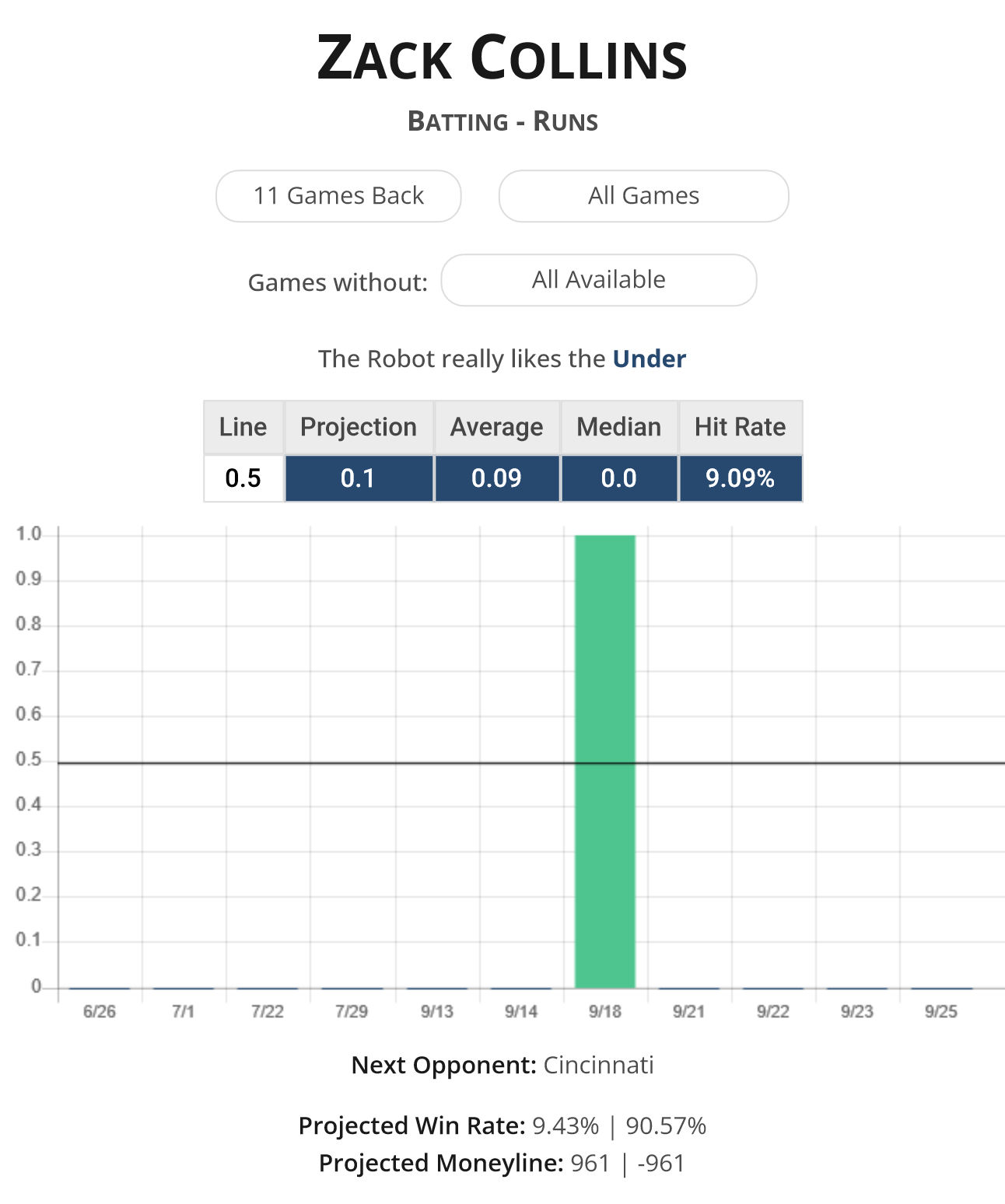