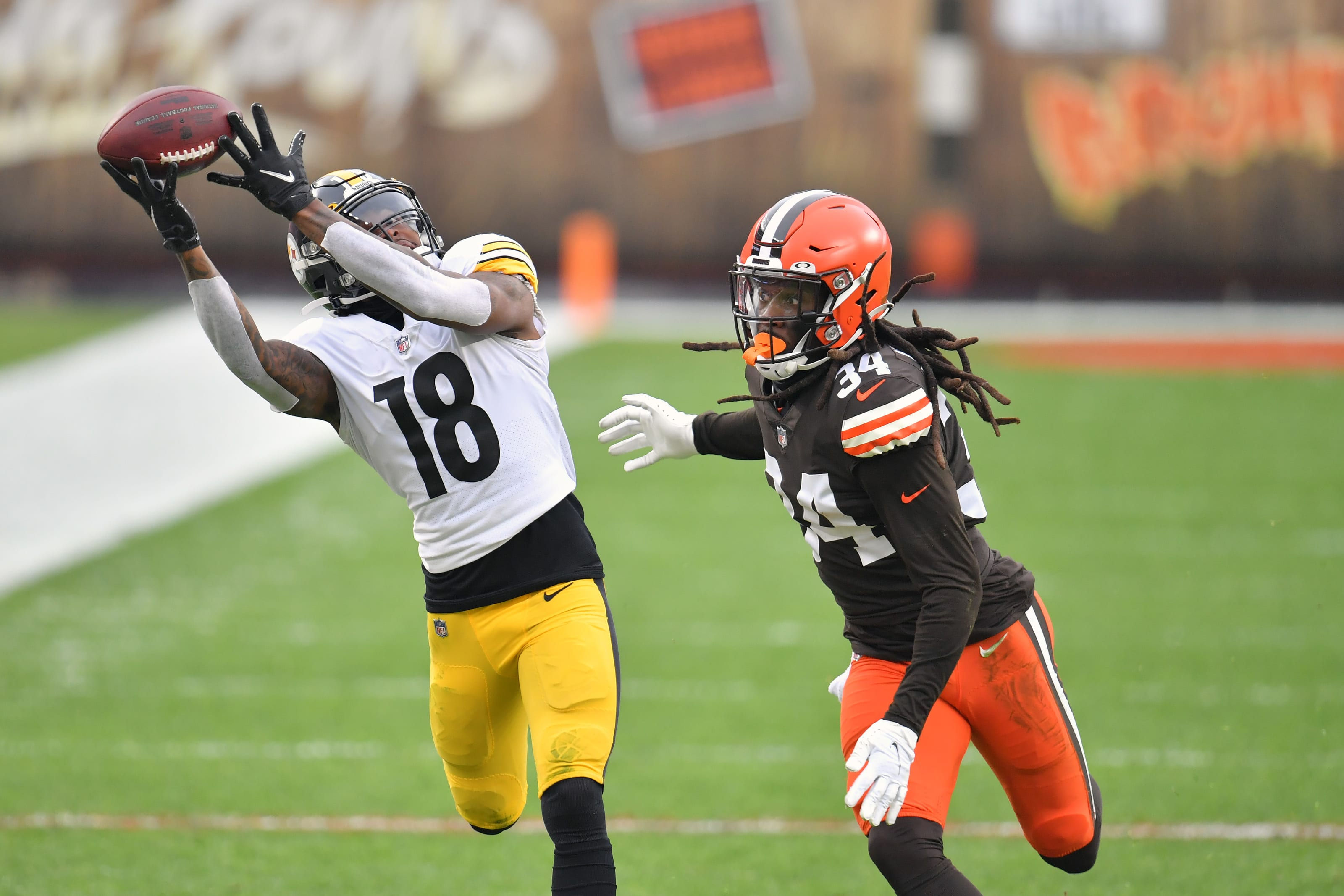 1U Diontae Johnson (PIT) over 5.5 catches (-105) available at BetMGM Sportsbook at time of publishing. Playable to -130 odds.

As a Steelers fan, I have had the privilege of watching Diontae Johnson grow from a young receiver with drop issues to a bona fide star right before my eyes. The 2019 3rd-round pick from Toledo contributed immediately with 59 catches on 92 targets as a rookie. He followed that year up with 88 catches on 144 targets in his 2nd year and 107 catches on 169 targets last season, his first 1,000+ yard season. I worried that Diontae would see lower efficiency with a new quarterback as Ben Roethlisberger used Johnson as a short-yardage dump down option very often with no offensive line to protect him. Sure enough, with Mitch Trubisky under center, Johnson is seeing a career high 11.5 ADOT while he had never had an ADOT above 9.5 in any other season. The encouraging thing for this prop is that his efficiency has remained elite despite running deeper routes and Trubisky performing at a bottom-5 starter level. He is hauling in 65.6% of his targets which is actually 2% higher than last year despite the QB change.

Not only is the efficiency there, but Diontae ranks 8th in the NFL in targets and 1st on the Steelers by 11 targets. The passing game flows through the 4th-year pro and, while anemic at times, they are actually slightly above average in PROE. The Jets provide a perfect matchup to throw the ball in. Mitch Trubisky has been horrid, but is still targeting Johnson heavily and effectively as you can see in the chart at the bottom of this paragraph. New York ranks 32nd in overall passing DVOA according to FootballOutsiders and have the 26th graded coverage unit according to PFF. Number 1 receivers in Ja'Marr Chase and Amari Cooper covered this line in each of the last 2 weeks against New York and the Steelers lack of efficiency in the running game may lead them into a pass-heavy game script. 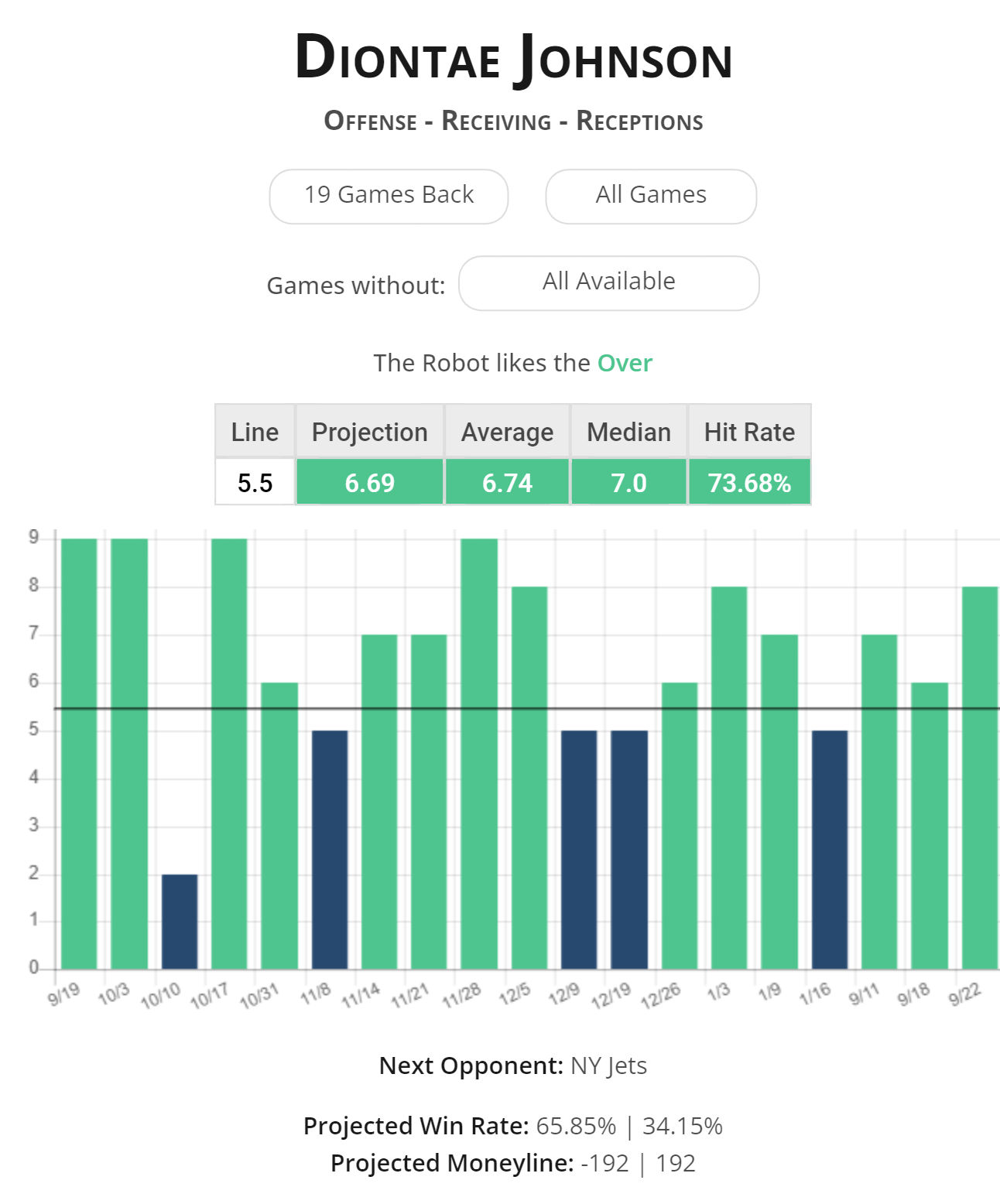 Diontae has been incredibly consistent, recording 6 or more catches in 22 of his last 30 games played and 5 or more in 30 of his last 36 games. I do love this spot for my Steelers to get to Zach Wilson in his first start back from injury but this is a classic Mike Tomlin flat spot against a team they should dominate. I don't see Pittsburgh jumping out to a large enough lead to lean into a one-sided script, and if they do, Diontae is likely to play a large role in getting that lead.