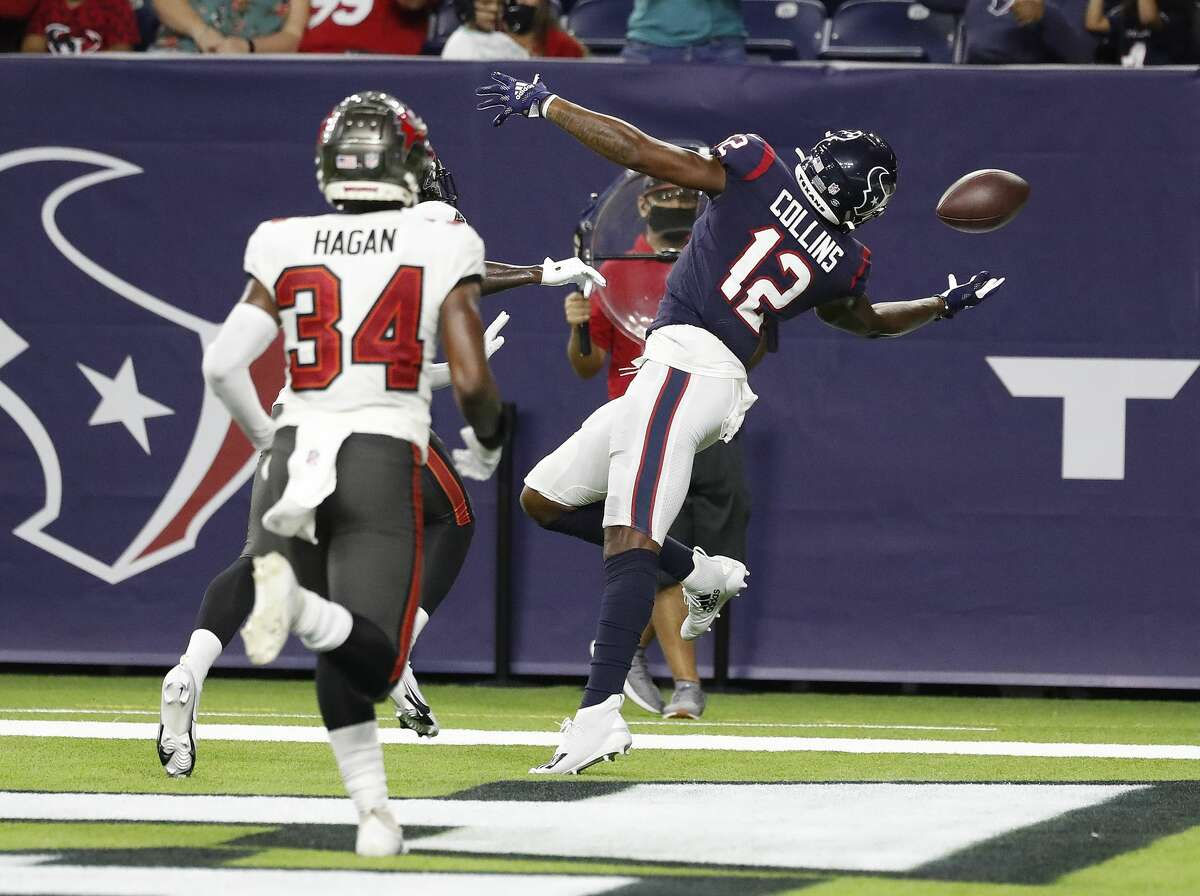 This is a play I was looking into in week 1 but am finally pulling the trigger on. Nico Collins is a 2nd-year pro out of Michigan and the 3rd-round pick has struggled to find a consistent role in this Texans offense to this point. He has shown flashes at times, as his 6'4" frame should lead to the ability to make nay catch, but Collins hasn't been very efficient with his targets and struggles to get the separation necessary for a major target share.

In 17 career games, with snap shares ranging from 55% to 72%, Collins has stayed under this 3.5 receptions line in 13 of those contests including 2 of his 3 games this year (as you can see in the chart at the bottom of this paragraph.) He ranks a distant 2nd on the team in targets through 3 weeks with 16. Brandin Cooks dominates the offensive usage for this team with 27 targets through 3 weeks and 9 of Collins' 16 targets came in their week 1 matchup. It took all 9 targets for Nico to record 4 catches in that game and he only had 3 and 4 targets in the other 2 games, let alone catches. Collins has hauled in only 53.9% of his career targets and with an uncertain target share and underwhelming overall route participation, I love getting this line at a favorable price. 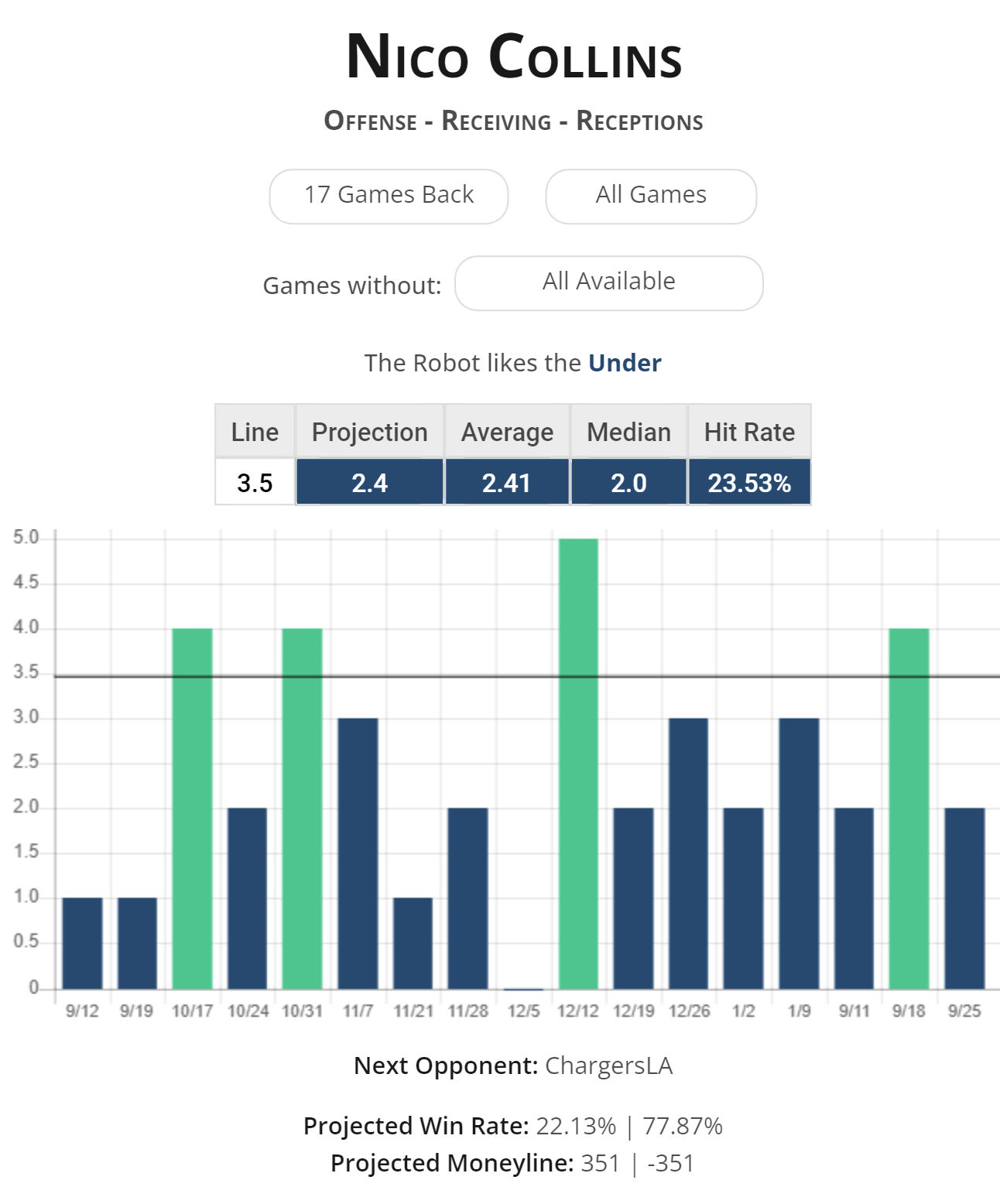 Davis Mills impressed as a rookie last season but has shown no flashes of potential to begin this year. The 2nd-year pro ranks 31st in EPA per play and his completion rate has fallen from 66.8% last year to 57.9% this year. Collins lines up out wide 92.7% of his snaps and has the 2nd deepest ADOT on the team behind OJ Howard. Those down the field attempts have been problematic for this offense as Mills is only 3/9 on throws 20+ yards down the field and 13/27 throws between 10-19 yards down the field. That is where Collins lives in his route tree and this game sets up better for Cooks in my opinion in terms of volume.

The Chargers are banged up and Houston is only 5-5.5 point underdogs in this spot as a result. Justin Herbert is dealing with rib issues, Keenan Allen remains out, and their left tackle is out, while the defense is missing star pass-rusher Joey Bosa. All of this should help Houston stay in this game, especially in a game with a total of only 44.5 (and falling.) Both teams should find some level of success on the ground and I don't see a ton of play volume from this Texans offense.