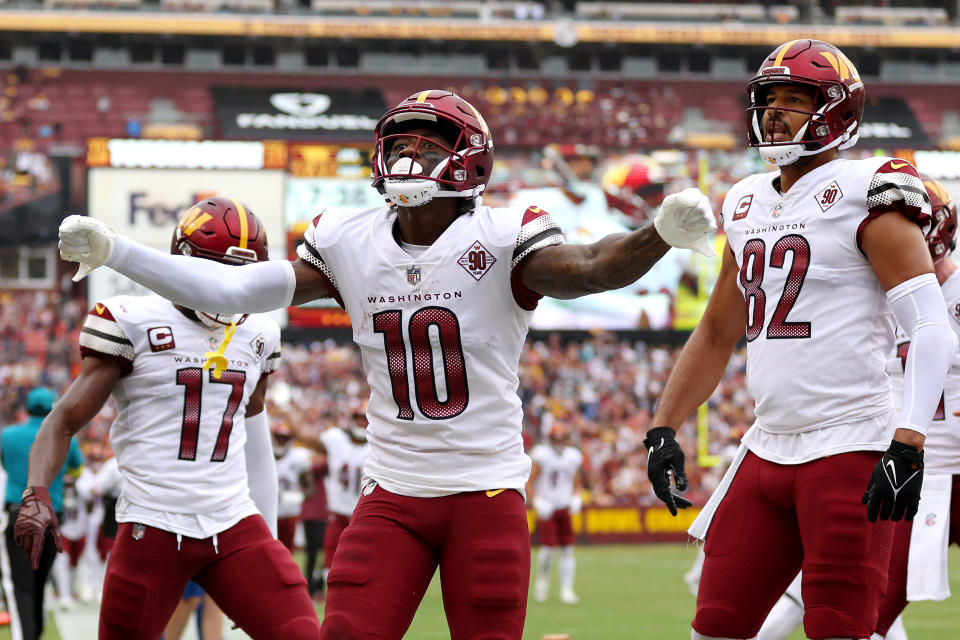 Another week, another chance to back Curtis Samuel. The Washington slot receiver has recorded 9 or more targets in each of the first 3 games with Carson Wentz under center (as you can see in the chart at the bottom of the paragraph) and draws another favorable matchup in this spot. He ranks 12th in the NFL and 1st on his team with 28 targets through 3 weeks and his route patterns lend himself to finding easily convertible opportunities. Samuel's ADOT of 3.3 is the lowest of the wideouts on the Commander's roster and Wentz has been looking to him early and often in games. Not only does Samuel have a 23.7% target share but the Commanders pass the ball on the 5th highest percentage of plays in the league, the 4th most in pure volume with 43.3 attempts per game, and rank 5th in the NFL in PROE. 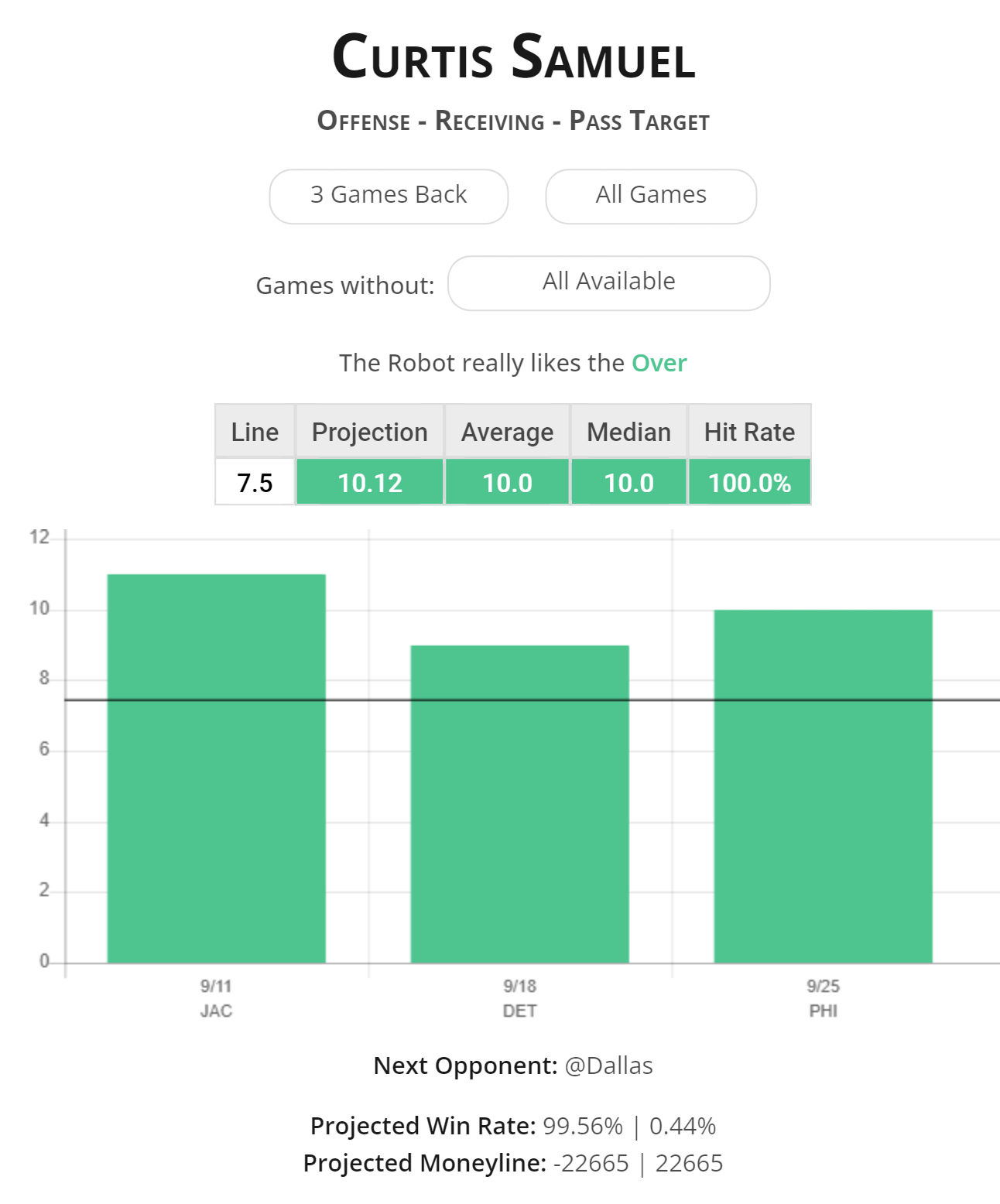 The Washington offensive line ranks 12th best in pass blocking grade but Wentz tends to hold onto the ball which has resulted in facing the 3rd most pressures of any QB this season. The Cowboys have the 2nd ranked pass rush grade according to PFF and Wentz should be under pressure on nearly every drop back, leaving Samuel to receive a hefty number of dump downs underneath. Terry McLaurin is an animal and I was interested in his receiving yardage line as well with what I find to be an advantageous matchup against Diggs, but the lack of time in the pocket for Wentz may limit the volume of downfield shots he is able to take.

Washington finds themselves as 3-point road underdogs in this spot against a team that has played well under Cooper Rush. Wentz has a passing attempts prop of 35.5 with heavy juice to the over and that is something I love to see when backing the number one volume threat on the team. They have shown an inclination to pass the ball not only when trailing, but when in neutral scripts as well, and their lack of success on the ground to this point leads me to believe we will see more passing from Wentz and company this week.