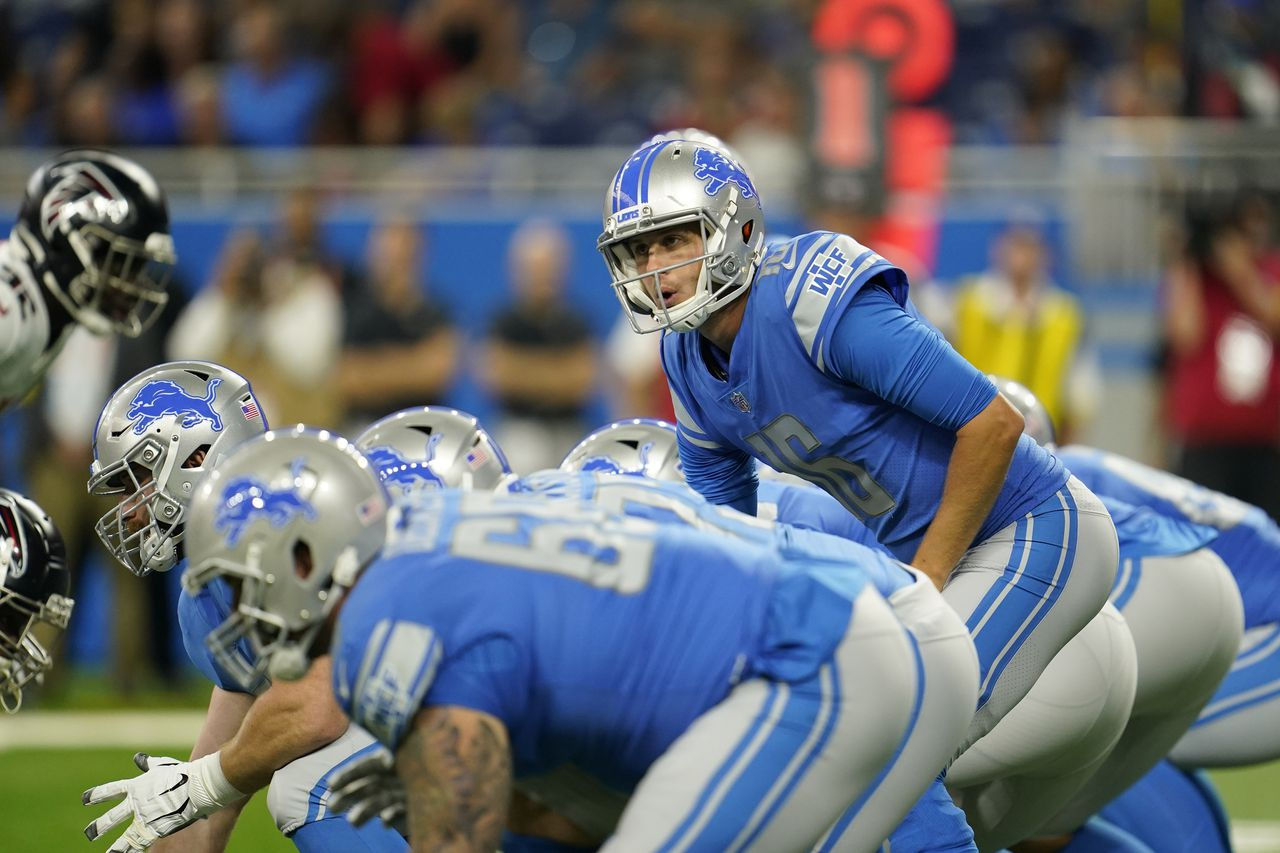 The Detroit Lions are banged up offensively heading into their week 4 matchup with the Seattle Seahawks. Amon-Ra St. Brown, DJ Chark, and D'Andre Swift will be held out of this contest with injuries and the Lions' offense cannot be expected to produce to the level they have been without their two best playmakers. TJ Hockenson was limited in practice as he has been banged up, and the remainder of the skilled-position group for Detroit lacks experience. Despite all of this Detroit still is favored by more than a field goal at home and should lean on the run-game behind Jamaal Williams and their elite run-blocking offensive line.

Even with a fully healthy offense that produced over 32 points per game so far, Goff has stayed under this line in 2 of the first 3 weeks and 9 of his 17 games played with Detroit, as you can see in the chart at the bottom of the paragraph. He isn't a high volume passer to begin with and Seattle opponents have the 2nd lowest pass rate in the NFL at 48.94%. The Seahawks have the 29th ranked rush defense grade according to PFF and Detroit should be able to establish a ground game even without swift in the lineup. 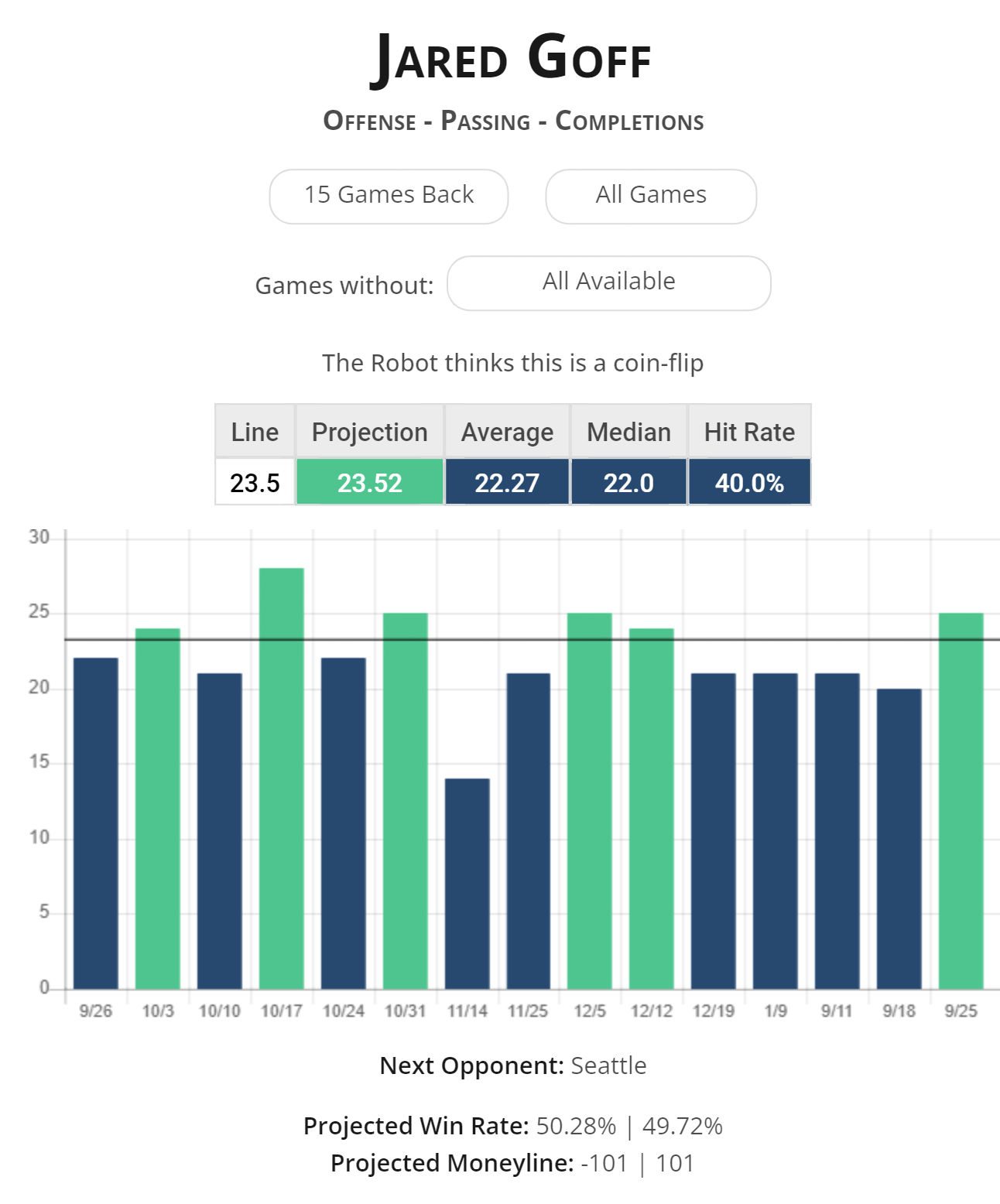 Hockenson who is clearly not 100% is the leading pass-catching threat for the Lions with Josh Reynolds, Kalif Raymond, Quintez Cephus, Tom Kennedy, and Maurice Alexander as the active wideouts behind him. Williams can catch passes out of the backfield as well, but being without the efficient slot receiver in St. Brown who accounts for 31% of the team's targets is surely to have a negative effect on Goff's efficiency. He already ranks 29th this season in CPOE and taking away his safety net is a nearly certain to be a detriment to his game. Overall, I see paths to a winner through lack of volume and a high chance of inefficiency and love this number in this spot.