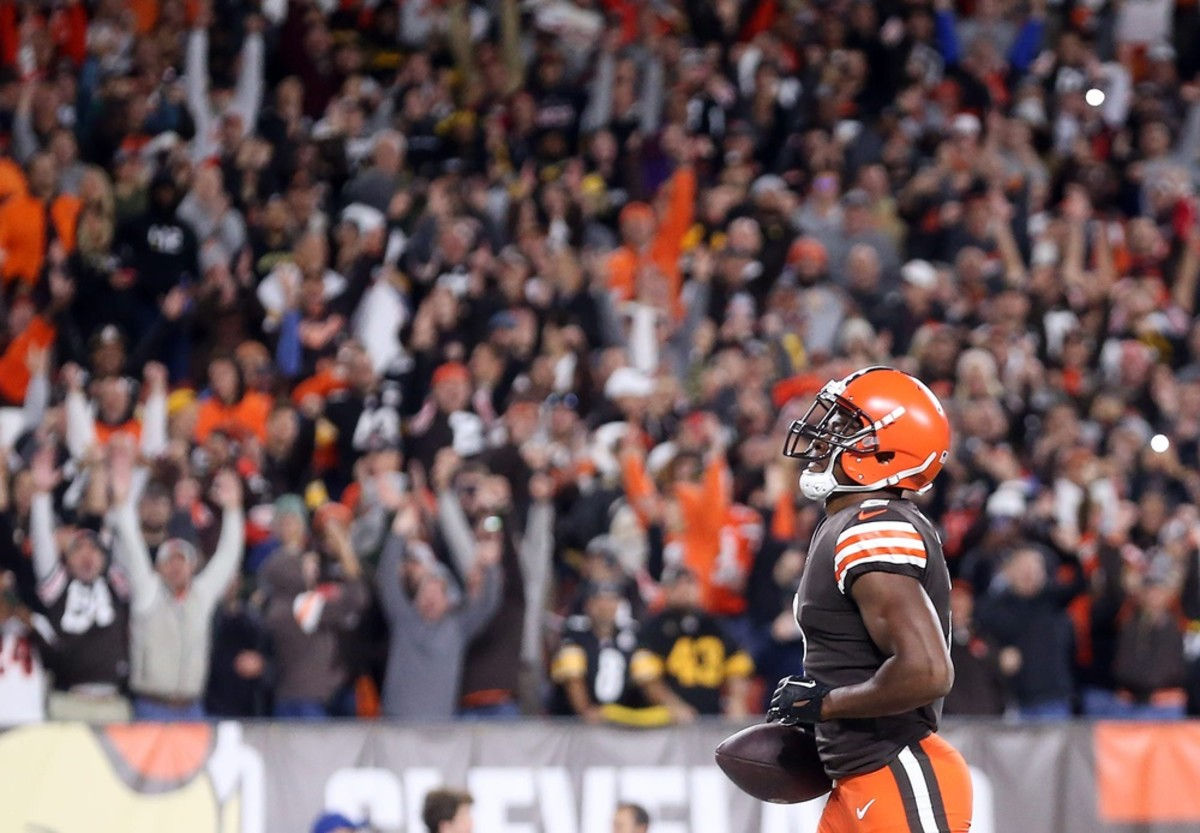 1U Amari Cooper (CLE) over 58.5 receiving yards (-113) available at Caesars Sportsbook at time of initial post to Twitter. Playable to 60.5.

The Cleveland Browns with backup QB Jacoby Brissett and their potent rushing game rank 30th in PROE through the first 3 weeks of the season. That is the only knock I can find on this play as they like to run the ball and Brissett's overall passing volume is not likely to reach 40 attempts. That being said, the new number one wideout in Cleveland has made his mark felt so far and the passing game is clearly flowing through the former 4th overall draft pick. Amari Cooper has produced back-to-back 101-yard games with 11 targets in each game and has quickly found a connection with his newest QB. Of the 43 pass-catchers in the NFL with 20 or more targets this season (Amari has a team-high 27) Cooper ranks 13th in yards per route run at 2.31. That ranks ahead of folks like Travis Kelce, Justin Jefferson and CeeDee Lamb to name a few. The 28-year old wideout also ranks 12th among that list of players in ADOT at 11.4 and has run a route on 102 of 110 (92.7%) passing plays this season. Brissett looks Cooper's way when in need of moving the chains as Amari has hauled in 12 catches that have resulted in 1st downs, also ranking 12th in the NFL. Cooper was productive as a Cowboy along other pass-catching threats, as you can see in the chart below, and now has the role of lead wideout all to himself in Cleveland. His 31% target share and 40% air yard share is likely to see a decrease as the season continues on but that type of upper-level workload is encouraging to see from a team that has yet to find themselves throwing the ball more than expected. 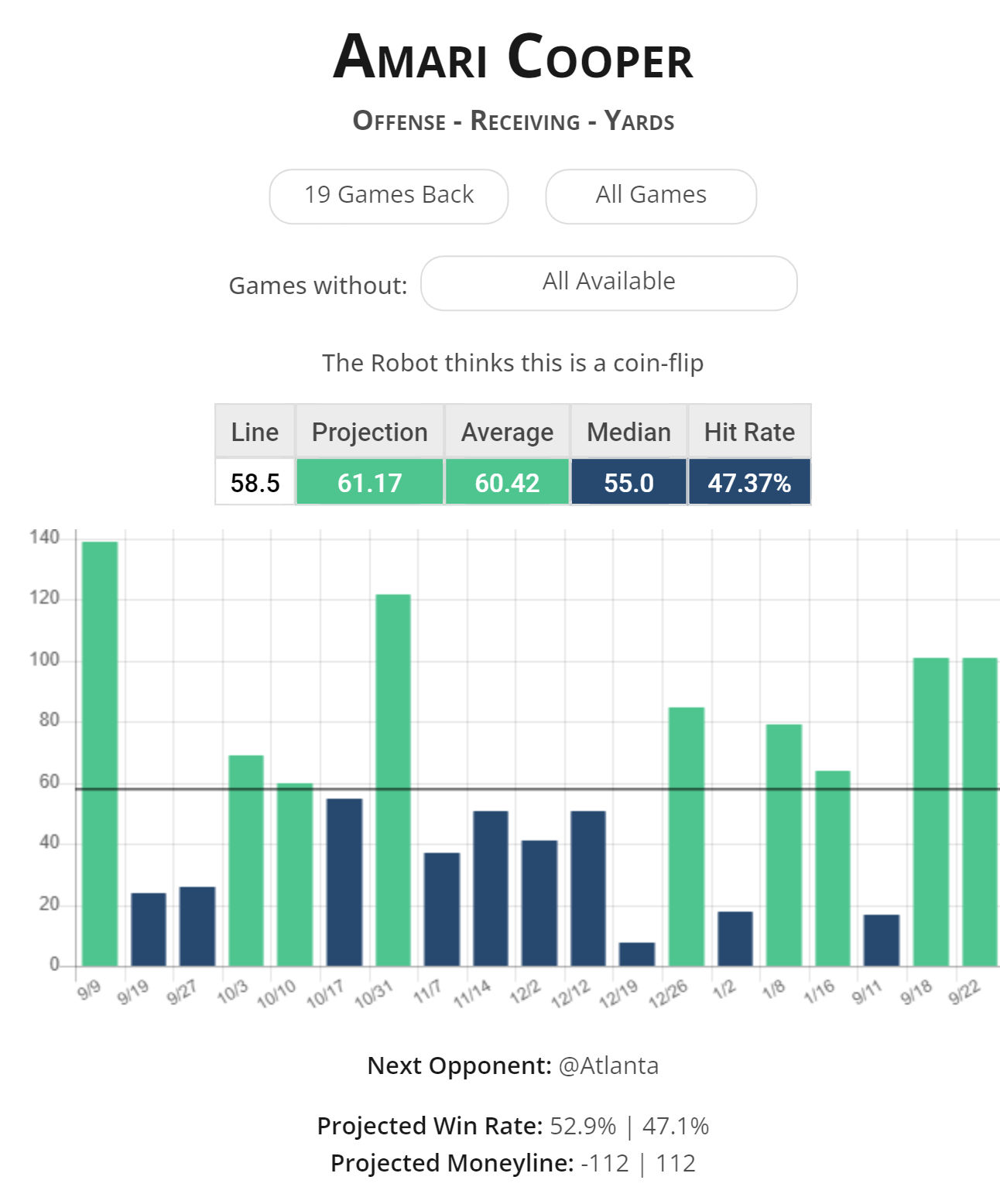 Cleveland is only a 1.5-point favorite this week as money has come in on the home Falcons. The Atlanta offense has been humming behind an efficient Marcus Mariota and young stud weapons in Drake London and Kyle Pitts. The Browns will be without Myles Garrett and could be missing Jadeveon Clowney which should help give Mariota more time in the pocket and the Falcons have the 9th best run-blocking grade while Cleveland ranks 28th in rush defense grade according to PFF. I bring this up because I envision a closely fought and perhaps higher scoring game where Cleveland will find themselves putting the ball in the air to keep pace on the scoreboard. This week's matchup is also an advantageous one for Cooper in my opinion. Atlanta ranks 24th in FootballOutsiders Pass DVOA as they have allowed 5 pass-catchers to exceed this number through 3 weeks including the WR1 each of the last 2 weeks in Cooper Kupp and both of Metcalf and Lockett. Atlanta's opponents have the 9th highest pass-rate in the NFL despite their 1-2 record. They are allowing the highest completion rate at nearly 72% despite allowing the 7th highest DADOT in the league. With Cooper's usage and the projected close game script this prop seems low to me and I expect another quality outing from the Browns offseason addition.