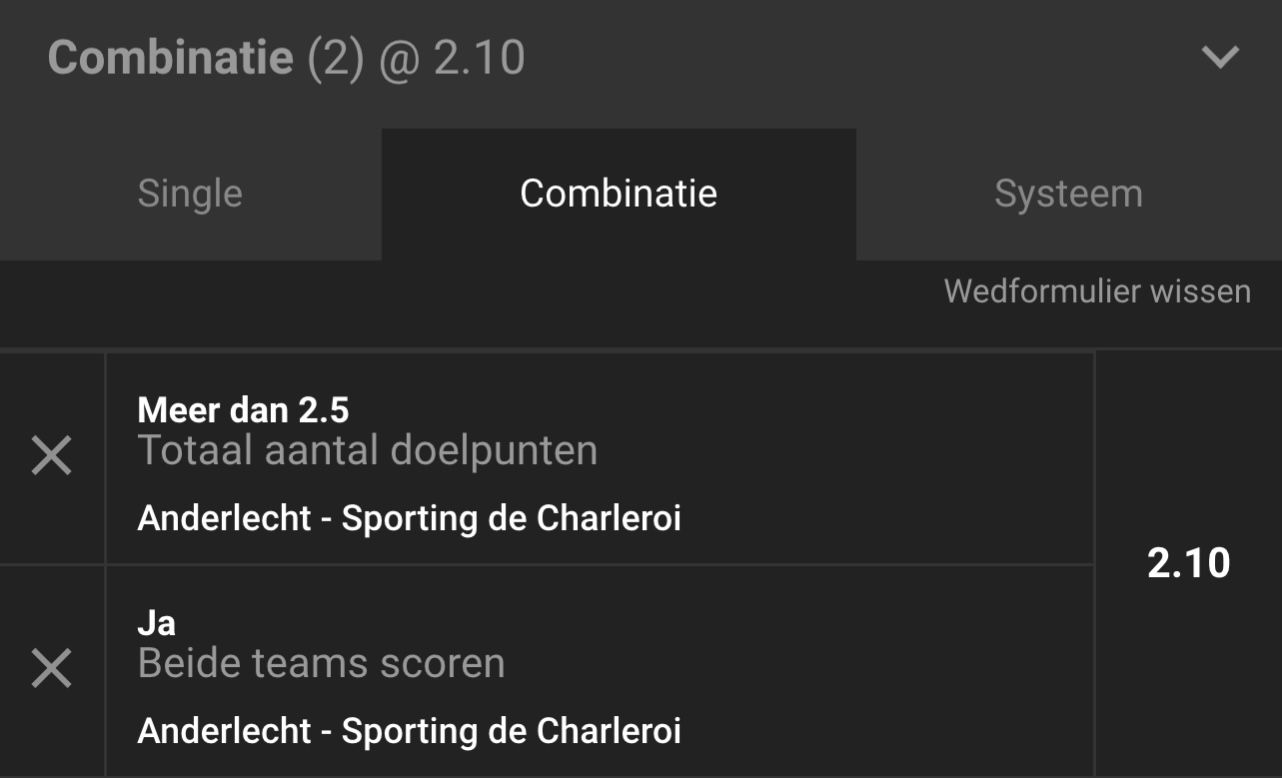 Disclaimer: Even though in the picture it is a combination, this is a single pick, since it is the same game and many companies like Bet365 have it as a separate category. However Unibet doesn’t have it as a single option but instead you can combine the two options from the same game.

Anderlecht is one of the biggest teams in Belgium, however they are currently 9th in the standings. However, in 5 of their last Belgium Jupiler Pro League games they have hit the BTTS&O2.5 in 4 occasions. Furthermore, Charleroi in 9 games that they have played so far in this season, they have hit this stat 7 times. I am liking the chances here, therefore I am picking Both Teams To Score and Total Goals Over 2.5 🍀