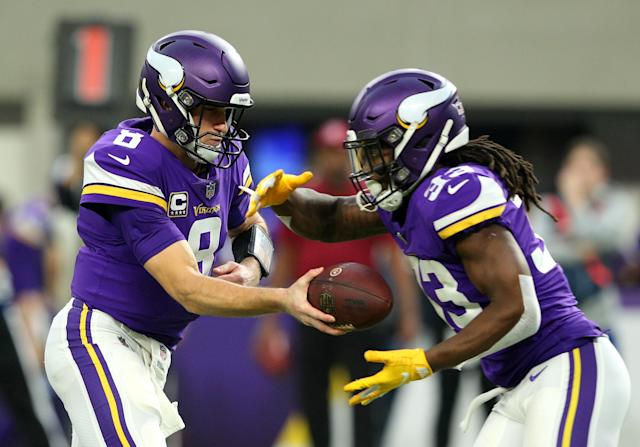 Kirk Cousins traditionally struggles against 3 things; pressure, man coverage, and primetime football games. Tomorrow the 11th-year pro will face all 3 of those obstacles. Tackle Christian Darrisaw, who has had a tremendous season for the Vikings, is ruled out with a concussion and that is horrid news when New England is coming to town. The Patriots rank 2nd in pressure rate, 1st in hurry rate, 2nd in adjusted sack rate, and have recorded the 2nd most sacks in the league. Even with Darrisaw for the first 10 and a half weeks the Vikings pass-blocking unit ranks just 21st in the NFL heading into their Thanksgiving game. When Darrisaw has been off the field in the last 2 weeks the Vikings have allowed a 54% pressure rate. For reference, the Cowboys league-high pressure rate this year is 30.2%.

Cousins has seen the 3rd most drop backs while under pressure in the league this season with 155. Among the 34 QBs to have seen 50 or more drop backs while under pressure this year Cousins ranks 30th in completion rate (42.3%) and 29th in time to throw per drop back. His turnover worthy play rate also jumps from 2.2% when kept clean to 4.9% when under pressure. When blitzed Cousins is completing only 51% of his passes for 5.0 YPA. New England ranks 13th in blitz rate this year but with the banged up and struggling offensive line from Minnesota they may not need to blitz in order to get pressure. That spells even further issues for the Vikings passing game as New England has the best tackling grade in the NFL according to PFF and less rushers would, in theory, set them up better to avoid big plays.

Against man coverage this season Cousins has seen his completion rate at only 48.6% with 6.6 YPA. New England is an extremely man-heavy team, running the 4th most man coverage in the league, and are very successful with their scheming. On the year the Patriots rank 1st in pass EPA/play, 8th in PFF's coverage grade, 2nd in overall pass DVOA, 4th in DVOA against WR1, and 5th in DVOA against TE. They rank 4th in passing yards allowed per game at only 188.3 and have held opposing QBs under this number in 7 of 10 games played. Belichick defenses are known to hone in on opposing teams number one options and have a blueprint from last week when Dallas limited Justin Jefferson to 33 yards on 3 catches. Given Cousins brief time to throw and short ADOT (his 7.6 ADOT ranks 28th in NFL) TJ Hockenson has had a smooth transition to his new team. The tight end is seeing a miniscule 6.0 ADOT since joining Minnesota and the result has been a massive 23.1% target share in his 3 games, but for only 7.09 yards per catch. Given the Patriots strength in tackling and covering tight ends I don't expect a ton of yardage from Hockenson per reception.

Where the Patriots can be beaten is in the run game where they rank 21st in rush DVOA and 18th in PFF's rush defense grade. Dalvin Cook had early success against a similar defense last week before Minnesota got blown out by the Cowboys. I look for the Vikings to have a more balanced approach heading into this week and more Cook volume would obviously cut into Cousins chances to rack up yards in the air. The Patriots also play at the league's 3rd slowest pace and their opponents run the 9th fewest plays as a result. With the 42.5-point total being the lowest of the 3-game Thanksgiving slate and a relatively low total for Vikings games I expect a lower-scoring game with less overall play volume, and the matchup is a tough one for Cousins, especially under the bright lights where he notoriously struggles, 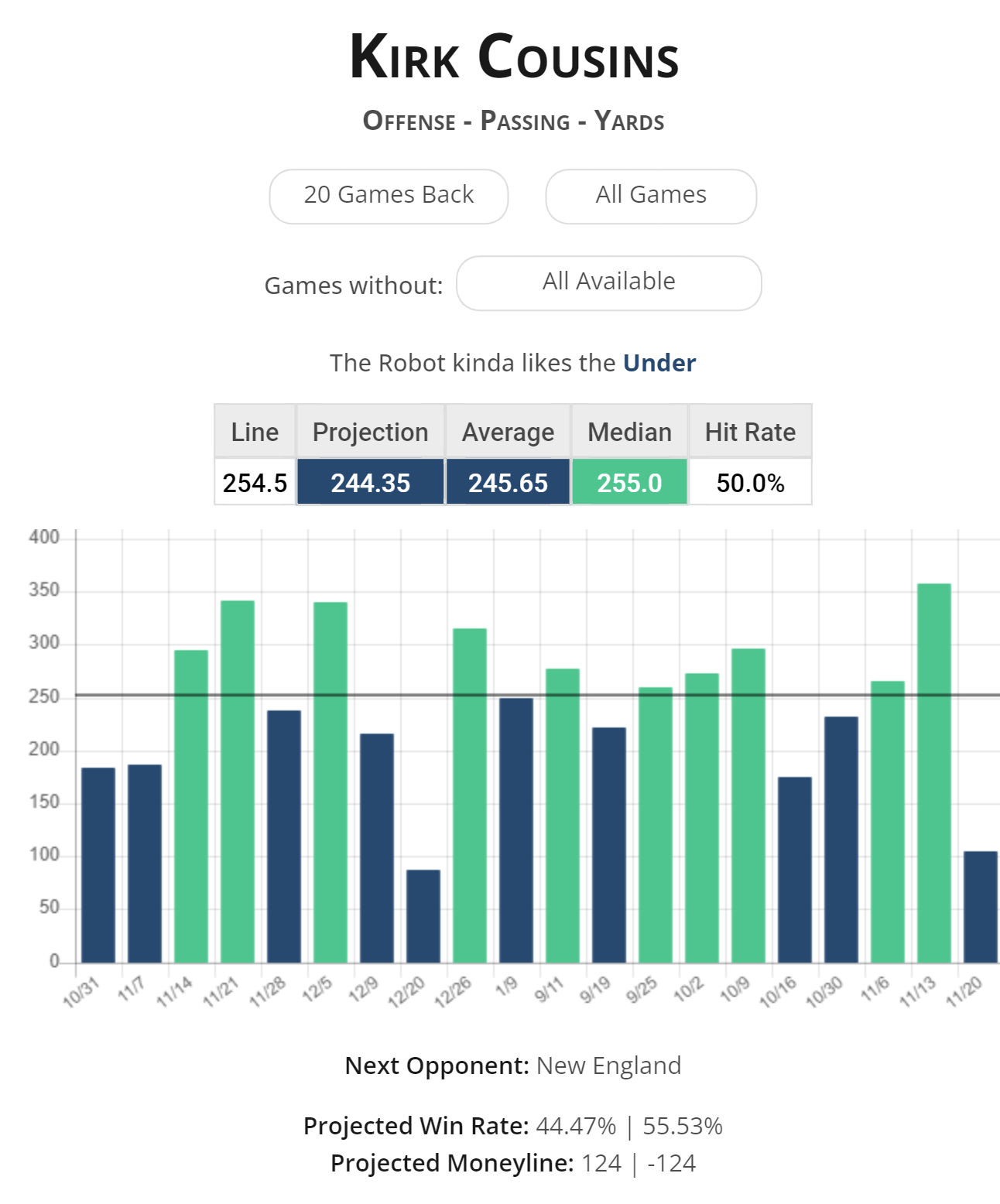